Musing about my fighter flying career with a young friend, I recalled that I had taken my first airplane ride when I was twelve years old. That first flight was in a Cessna 150 at Karachi Aero Club, eight years before I actually took controls of a T-6G Harvard at , Risalpur. Like all maiden air experiences, my first one was indeed awesome, but what has remained etched in my memory was the interesting happenchance that it was with a lady pilot. 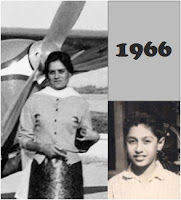 A friend of mine, who is an ardent admirer of the PAF, observed that a future F-16 jockey having been initiated into the world of aviation as a twelve-year old was one thing; having flown that first sortie with a lady was altogether another.  So I thought the novelty of it all merited a short narration, for the record; it would also be a little tribute to Miss Shukriya Khanum, who took me up for the memorable short flight on a bright windy day in , in 1966.


An uncle of mine, who was serving in PIA and knew everyone at the Karachi Aero Club, took our family along for some joy rides one Sunday morning.  Student pilots were practicing circuits and landings on the Club’s ‘kutcha’ strip adjacent to the .  Shukriya Khanum was flying at the Club to maintain her currency, having gained her Commercial Pilot’s License in 1959, when she became ’s first woman pilot to do so.


We had no idea that a lady would be taking us kids up, one by one, but before our turn came it was my mother who was asked to 'volunteer’, which she reluctantly did.  She had learnt to drive recently, and knew a thing or two about the dexterity of women with machines!  With holy verses on her lips, she boarded the aircraft after it puttered to a stop right next to her.  In no time she was airborne, as all our family members tried to keep the little aircraft in sight while it did a wide circuit.  It was not too long before the aircraft turned for the final approach, and we eagerly awaited the landing which was uneventful.  My mother uttered ‘shukriya’, as the pilot smilingly acknowledged what must have been an oft-repeated pun for her, and indicated to the next passenger to get on board.


Grinning to the ears, I boarded the aircraft and strapped myself in the seat.  Dumbfounded by the plethora of switches and gauges in the cockpit, I intently observed how the pilot read out the checks from the checklist, while touching each item to ensure it was the way it was supposed to be.  As the ATC instructions crackled in the headset, the pilot responded with Alpha-Papa-something every time she spoke, which  confirmed that some exciting activity was about to commence.  I had seen only a few movies till then and none had shown anything like what was happening.  It was surreal stuff for a young lad and, I knew one day I had to be at the controls speaking Greek – which it was – while doing countless other things at the same time, something only real men did.  That a lady was showing me the way was just as well.


The aircraft took off and as it turned in to the circuit, the pilot indicated towards where my family members were.  My younger brother and sister huddled next to my parents seemed like tiny fellows as viewed from my Brobdingnagian world up in the sky.  As the aircraft flew a wide circuit, I sat mesmerised by a hundred things that were happening: the whirring of the propeller, the swishing of air from the vents, the crackling of the radio in the headphones, the flickering of the needles on the gauges and, the lady calm at the controls incredibly monitoring everything.  I could not believe when I heard a voice in the headphones asking me if I would like to fly the aircraft.  I looked at the pilot as she nodded and told me to gently hold the control column and keep it where it was.  She then actually left the controls and I found myself flying the aircraft, something that fascinates me no end, even now.  After a most exciting two or three minutes with me in command, the pilot took back the controls and turned the aircraft for a landing.  Taxiing back after a smooth touchdown, I was so eager to tell everyone that I had ‘flown’ the aircraft, no matter that nobody would believe me.  I was still grinning ear to ear. 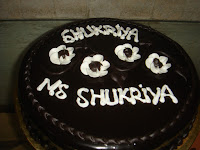 Though too young to realise that it had been a brief escape into another world, the short sortie had stirred my passion for a delightful adventure of flight and freedom that lasts to this day.  It would have been most fitting for me to locate the pilot after all these years and, thank her profusely for the inspiration she had provided which eventually led to a thrilling flying career in the Pakistan Air Force.  Unable to get in touch with her after all those years, all I can do is call out heartily: Thank you, flygirl!


PS: I was finally able to get in touch with Miss Shukriya Khanum in Karachi in 2014. We met after 48 years. I had brought along a cake with a message, 'Shukriya, Ms Shukriya'.